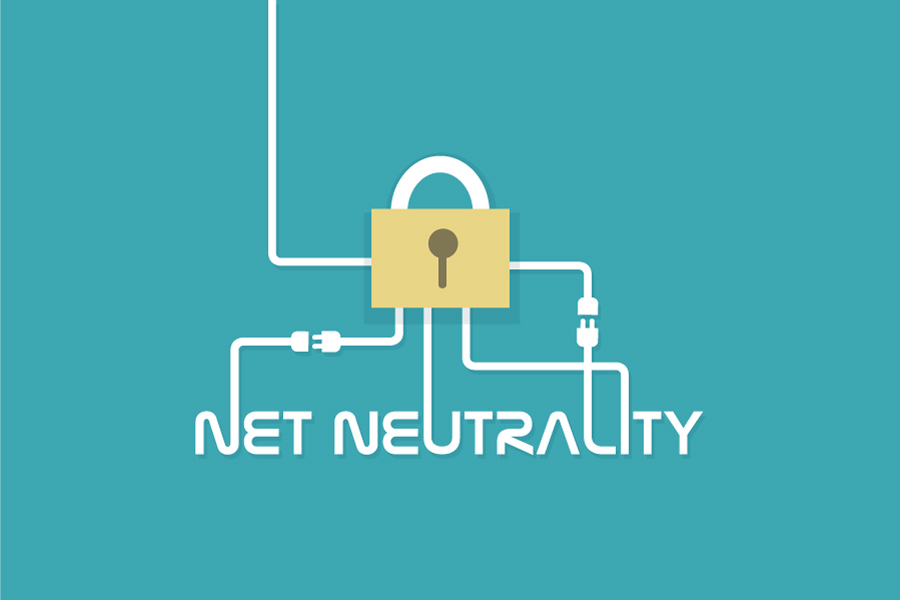 How Would Net Neutrality Affect Those With Difficulty Accessing The Internet?

In ASK LBMC, a part of the Long Beach Media Collaborative’s Strengthening the Signal series, our reporters answer your questions about the digital divide in Long Beach. To see other reader questions we’ve answered, click here.

Question: “How will a possible change in net neutrality affect those already without or difficulty accessing the Internet?”

The Federal Communications Commission’s anticipated December 14 vote on whether to repeal net neutrality rules – which says all data on the Internet must be treated equally regardless of company, website, data type, etc. – will affect Internet users, but not in the way one might think.

“The potential misconception here is that getting rid of net neutrality will in some sense raise our costs for signing up for Internet access from the ISPs [Internet service providers] or cable providers,” B. Clifford Neuman, director of the USC Center for Computer Systems Security, said. “That doesn’t really capture what net neutrality is about.”

The pending decision affects the access provided to content or application providers such as YouTube, Amazon Prime, Netflix and voiceover Internet protocol (voIP) services such as Vonage that require high bandwidth.

“If you didn’t have the requirements of net neutrality, the ISPs and others like Time Warner, Spectrum or [Verizon] FiOS could in essence slow down access from some of those services versus other preferred providers – maybe those that pay an extra fee to have their content carried in certain ways,” Neuman said. “It affects the competition for your access to these other kinds of services because now, if you had a new startup that doesn’t have deep pockets like Google or Apple but has some new kind of service, it might not get as good connectivity as others.”

“Consider access to video content that might be online or various educational services on the Internet that’s funded on either a charitable basis or other funds,” he said. “They’re not going to be the ones that are going to get to the ISPs to prioritize their traffic, so it could limit or reduce the quality of access to some of those kinds of services.”

“Small nonprofits and public organizations like our libraries, which serve already underserved populations, would see slower Internet speeds and even more limited access,” she wrote. “The impact would hit low income families and communities hard.”

Meanwhile, Tom Struble, tech policy manager for the R Street Institute, says “the impending change in net neutrality will likely have a significant and positive impact on those who currently lack access to broadband or have limited options when it comes to broadband providers.” The R Street Institute is a nonprofit dedicated to promoting free markets and limited government via policy research and outreach.

Struble added that the 2015 Title II reclassification, the regulation establishing net neutrality, currently in place has been depressing investment and deployment by broadband providers. Investments in broadband infrastructure have fallen by $5.6 billion since 2015, when the Title II order took effect, according to Struble.

“Repealing Title II and returning to the light-touch framework for net neutrality will likely stimulate broadband investment, which will mean more deployment, faster speeds, and greater consumer choice going forward when it comes to broadband service,” Struble said, adding that “increased investment in broadband infrastructure will do a lot to close the digital divide over the long run.”

Struble said prioritization deals should be assessed on a case-by-case basis.

“Because while some prioritization could be harmful – for example, an ISP prioritizing its own voIP or video service over a competitor’s service – some prioritization could also be very beneficial. For example, an ISP prioritizing all voIP and video services over all e-mail or software updates, which aren’t as sensitive to latency, packet loss or other quality of service disruptions,” he said. “By judging these practices on a case-by-case basis, we can hopefully get all the good prioritization and none of the bad.”

Neuman argues that there isn’t a free market in terms of Internet access. “You usually have just two options, both of which are typically franchised,” he said. “On one hand, you’ve got the ISPs saying, well, market forces should prevail. But on the other hand, any time you have any proposals to allow new organizations to come in and create access – whether that’s things like Google Fiber or municipal ISPs that have been proposed in various places – the cable industry and telecommunication companies are doing everything in their power to thwart [them], including lawsuits and trying to push through legislation to ban it from happening.”

A real world example of what happens without net neutrality can be found in Portugal, where there is no real net neutrality. The Business Insider recently explored the data structure of Portugal’s wireless carrier Meo, which has a tier structure that users pay on top of “traditional data.” They pay one price a month for messaging, another for social networks and another price to add on video apps, music apps and email or cloud apps.

“I haven’t heard any proposals for that per se (in the U.S.) but we’ve got the flipside of that: the ISPs are wanting to be able to go to the service provider and collect extra fees, which would then ultimately get tacked on to whatever the cost of those services are,” Neuman said.