The hugely popular smartphone is capable of accomplishing an amazing array of tasks and is generally more affordable than a larger computer and broadband subscription.

The expense of subscribing to broadband is driving some people to use smartphones exclusively to access the internet.

Because of that, researchers in Long Beach and Philadelphia are launching a study to examine just how vulnerable they are to invasions of privacy and aiming to devise a strategy for protecting them from such breaches. 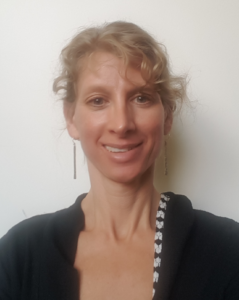 “We don’t just want to write an academic paper,” said professor Gwen Shaffer, who teaches internet policy and communication law at Cal State Long Beach. “We want to have an impact on cell phone practices.”

Shaffer is partnering on the study with Jan Fernback, a professor in the Klein College of Media and Communication at Philadelphia’s Temple University.

Shaffer said they plan to talk to approximately 100 low-income people.

There will be focus groups and one-on-one interviews. And the researchers intend to follow some participants around.

The study targets a fast-growing trend highlighted by a UC Berkeley poll released in June that found 87 percent of Californians connect to the internet at home.

In one sense, that’s encouraging. It’s the highest percentage since Berkeley began conducting the poll in 2008, when 55 percent had access.

But the latest poll revealed a disturbing side trend: 18 percent get on the internet at home solely via a smartphone. That proportion is double what it was just two years ago.

Disproportionate numbers of minorities, Spanish speakers and low-income earners tend to rely exclusively on their smartphones, a trend that has significant implications for ethnically diverse Long Beach.

Whites and wealthier Californians use their smartphones to surf the internet, too. But they tend to go online more often on computers and laptops linked to the web via a broadband service.

The researchers said economically disadvantaged individuals and people of color connect on phones at home more than three times as often as others.

So does that matter? Researchers say it absolutely does. It’s a huge concern, they say, because broadband connections to the internet are more secure than are smartphone connections.

“That computer isn’t tracking everywhere you go, but your cell phone is,” she said.

Yet, she said, surveys indicate just 14 percent of smartphone owners install antivirus programs. And one-third take no steps at all to secure their devices.

Consequently, smartphone-only internet users are prime targets for such things as identity theft and data profiling, she said.

“Phones are so much less secure than computers are,” she said. “And, hence, cell-mostly users are particularly vulnerable to this discrimination.” 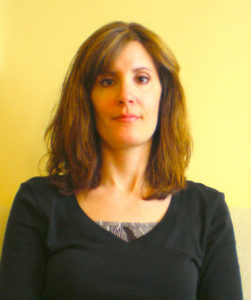 That means, for example, that they are often slammed by unwanted internet ads, Fernback said via email.

“Some people don’t mind this,” she said. “But many people use the word ‘creepy’ when they see an ad following them around.”

For others, the consequence is more serious: social media accounts are hacked, credit card numbers are stolen and people are denied jobs, housing, mortgages or car loans, Fernback said.

Fernback and Shaffer say their study will break ground in exploring the discriminatory and disproportionate impacts of accessing the web exclusively by phone. And they intend to publish an academic paper that could spur legislation and regulations to protect those who engage in that risky practice.

Shaffer said they also plan to work with Centro C.H.A. and other groups to train clients how to take to protect themselves.

It is hoped, Shaffer said, that such training will become a model for such programs all over the country.

She said the study will culminate in a highly visible 4-week campaign, possibly in fall 2018, featuring signs on buses in both Long Beach and Philadelphia.

“We will place ads on public transportation with a simple message and a QR code that users can scan to take them to a website with detailed instructions on mobile phone security procedures,” a study outline states.

And there will be a lesson for everyone who has a smartphone.

“We all have to take steps in our own lives to protect our data,” Shaffer said.