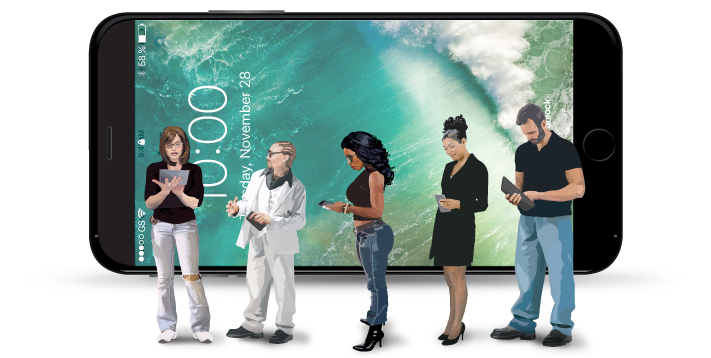 In California, households with internet connectivity through computing devices has plateaued, while smartphone connectivity is increasing. Illustration: Paul Penzella

On the surface, the ubiquity of the slick smartphone is closing the digital divide.

Whites are more likely than blacks and Latinos to own a desktop or laptop and subscribe to broadband, a new Pew Research Center study shows. But minorities are about as likely as whites to own a smartphone. As a result, many families go online without paying for a broadband subscription.

Largely because of the smartphone, the proportion of internet-connected households statewide is rising even as rates of home broadband adoption level off. That’s according to the latest UC Berkeley Institute of Government Studies poll of Californians’ web surfing habits.

“This has meant an increase in personal access,” said Karen Mossberger, a professor of public policy at Arizona State University, in a recent interview. “It is a step forward.”

Long Beach is moving forward, too, thanks to the smartphone.

Disparities still persist between demographic groups. But the gap is narrower than it has been in the past.

In Long Beach, 93 percent of white residents can go online at home, compared to 88 percent of Asian Americans, 83 percent of Latinos and 81 percent of blacks.

“But whether smartphones are an adequate substitute is open to question,” wrote Pew researchers Monica Anderson and John Horrigan, in an October 2016 report.

Many experts openly dispute the notion that the smartphone is effectively bridging the digital divide, including Mossberger.

“It’s not the cure,” she said flatly.

On the other side of the debate, Elliot Soloway, a University of Michigan computer science professor, suggests the smartphone is the one techie gadget that has the capability to eliminate the digital divide because of its relative affordability. 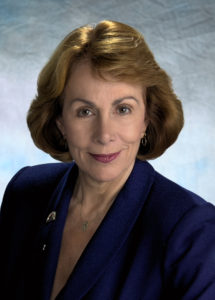 Sunne Wright McPeak, chief executive officer and president of the California Emerging Technology Fund, a group leading the charge to beam broadband into as many homes as possible, comes down somewhere in between.

“It is absolutely part of the solution,” McPeak said. “But it is not the entire solution.”

The divide in opinion centers on the phone’s characteristics and constraints.

Then there is the problem of the data cap.

“You can only use so much data, then you hit a wall,” Shaffer said.

Some note, however, that screens on newer phones are significantly larger than those on older models. And that has increased the smartphone’s utility.

“But,” she said, “they’re still small when compared to a personal computer or a laptop.”

Eddy Perez, 18, of Long Beach, knows all too well why that can be a problem. The recent high school graduate said his phone’s screen is so narrow that often some of the text on a particular web page is not visible.

That, experts say, is just one of the reasons why phones are impractical for conducting research, doing homework and writing a paper. Shaffer’s CSULB students got a feel for just how challenging that can be a while back.

“I teach a telecommunications policy class at the university,” Shaffer said. “I asked my students, as an experiment, to submit a paper after typing it on their smartphone.”

Some found the assignment to be more difficult than they had imagined.

“We did it in class for fun,” Shaffer said. “It was exactly to make the point that a smartphone is not the equivalent of a PC.”

The smartphone is an amazing tool, McPeak said, but students need a more robust computer for many of the tasks they are expected to tackle online.

“For students doing school assignments and adults gaining workforce skills, a computing device needs a keyboard and large-enough screen for spreadsheets and graphics,” she said. 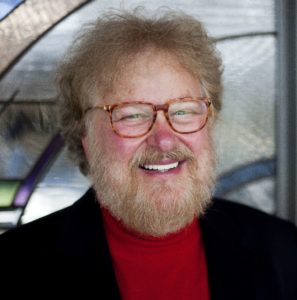 Soloway, the University of Michigan professor, pooh-poohs the talk of how hard it is to do certain tasks.

Soloway said some people forget that college and grade-school students have played all kinds of video games. He said they have mastered small-screen devices to the point that they can comfortably do just about anything, save  perhaps a geometry problem, on a smartphone.

Oh sure, he said, a computer with a larger screen and keyboard would be preferable. But Soloway said the phone offers many advantages. It is relatively inexpensive. And it is a portable device that can be used virtually everywhere.

On-ramp to the internet

“At least they have the on-ramp to the internet,” Soloway said. “They are participating in the modern world.”

The smartphone has the added versatility of being used to create a hot spot for a larger-screen device.

“That does help,” Mossberger said. “And that’s one way people can get around not having a broadband connection to some extent.”

Eric Baiye, an electrical engineering student at Long Beach City College who is looking to transfer to Cal State Long Beach in 2018, said he occasionally does that to go online at home on his laptop.

Still, the hot spot option is not a perfect solution.

Mossberger has come up with a term to describe why the smartphone, by itself, is not the solution to the digital divide that plagues Long Beach and other communities across the state. She said those who go online exclusively on their phones are in essence “less connected.” 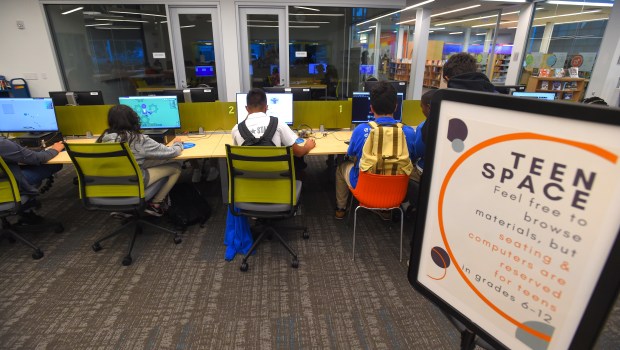 In the teen area at the Michelle Obama Library, some students do homework while others play games or watch videos on the computer in North Long Beach on Thursday, November 9, 2017. Though many students have cell phones, not all feel like they’ve mastered completing complex class assignments on those smaller screens. (Photo by Scott Varley, Press-Telegram/SCNG)

Mossberger said she conducted a study in Chicago a few years ago that revealed smartphone-dependent users perform fewer activities online overall than those who have broadband – in addition to their phones.

She said that’s a significant finding: It suggests there are tasks that can’t be done – or at least are very difficult to perform – on smaller-screen devices.

Mossberger said it’s also concerning that smartphone-only internet surfers tend to be minorities, the poor and the least educated – the same people who are most likely to not have broadband.

The Berkeley poll would seem to underscore that point. For example, 93 percent of California blacks have internet access at home, roughly the same as whites, but 30 percent of blacks connect only because they have a smartphone. 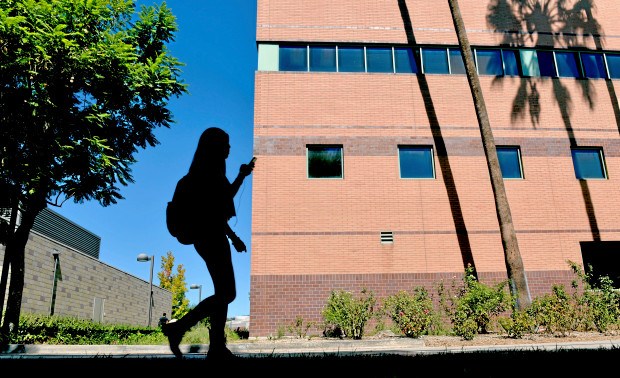 A recent Baylor University study on cell phone activity published in the Journal of Behavioral Addictions said about 60 percent of college students admit they may be addicted to their cell phone, and some indicated they get agitated when it is not in sight. (Thomas R. Cordova-Daily Breeze/Press-Telegram)

Fewer still Latino households – 54 percent – have broadband at home. And 28 percent of those households have access solely through phones. That adds up to a total home connection rate of 82 percent.

As with broadband, smartphone-only use is largely tied to income.

Only 9 percent of California households earning $100,000 a year or more depend solely on a smartphone for internet connectivity, the Berkeley poll found, compared to 27 percent of households that take home less than $20,000.

In short, the poll reveals a trend that is at the same time both encouraging and concerning.

The smartphone has boosted overall connectivity. But home broadband adoption rates seem to have stalled out and are stuck at about 70 percent.

Some experts maintain that, for everyone to fully benefit from the internet, it is still going to be crucial to get broadband into as many homes as possible. And, for educational purposes, it is going to be important for students to have something besides a smartphone to do homework on.

“We think all options and strategies need to be pursued,” McPeak said.

“Smartphones can be part of the solution,” she said. “However, for the one-third of low-income households with school-age children, the ‘sweet spot’ for a solution is for schools to provide a device to students to take home when their parents have been trained to use the device to support their child’s learning and improve their own quality of life.”