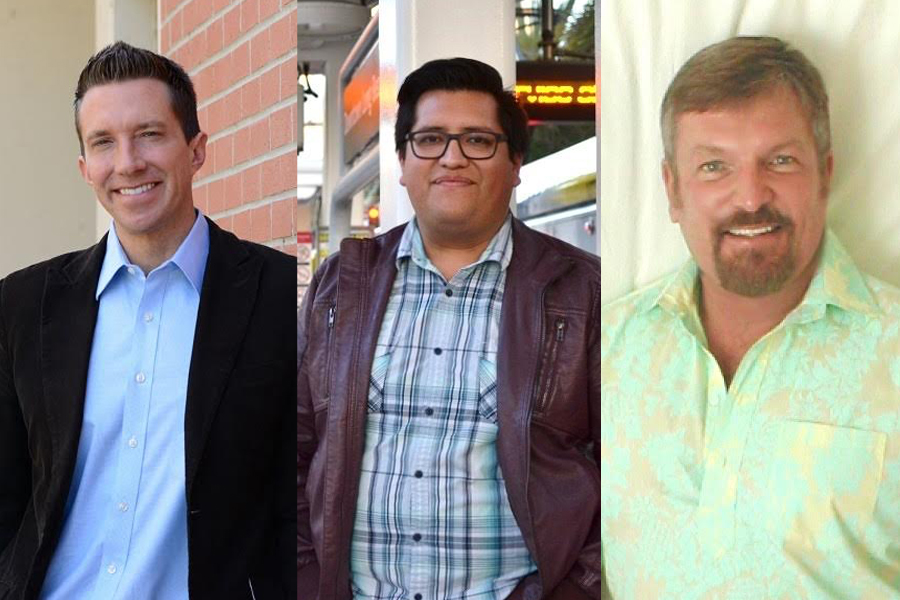 Right now we are witnessing a huge online social movement—#MeToo—resulting in some serious offline consequences, including political resignations, corporate firings and a closer examination of sexual harassment in all aspects of our culture.

However, some researchers don’t think these far-reaching, viral movements have translated to continuous civic and political engagement—in part because they believe it’s not internet access but digital literacy that may be key to ensuring that the public’s engagement goes beyond adding names to online petitions or sharing social media posts.

Cal State Long Beach professor Kevin Wallsten, who specializes in social media, elections and social movements, believes the prevalence of smartphones, and their relative affordability, has narrowed the gap and ended much of the debate on internet access.

“Now a new set of issues has emerged to replace that more fundamental issue [of the digital divide] which is less about access and more about skills, literacy, etiquette, effective use as opposed to just [internet] use in general,” Wallsten said.

“High-speed Internet access ‘encourage[s] skill development’ and completion of ‘daily tasks online.’ As more individuals increase their technological competence and become comfortable using the Internet, they are more likely to become digital citizens and use the Web for personal gain,” states Lindsey Greer in her brief, critical review, Questioning Digital Citizenship. “Consequently, differences in broadband access, as well as disparities in Internet and computer access, all perpetuate an alarming divide in technological skill and Internet usage.”

These issues are the basis for what scholars define as digital citizenship and if people can overcome these hurdles, some believe it will lead to more participation.

However, In Greer’s review, which dissects the 2008 book Digital Citizenship: the Internet, Society, and Participation that claims digital citizenship is threatened by the digital divide, she claims that even when presented with an abundance of information online, people rarely choose politics.

“What remains to be seen is whether the Internet truly propels advances in economic opportunity or whether other factors like advanced language or social skills are the real drivers behind improved economic opportunity,” writes Greer. “It is also unclear whether the Internet actually has the power to motivate politically disinterested masses to become more engaged or active in the political sphere, or instead, if the Internet merely provides information to individuals already politically stimulated.”

“The internet hasn’t changed human nature, it hasn’t changed people’s connection to politics,” Wallsten said “What it has enabled a few people to do is become more politically active than before, to know more about politics, create their own ideologically constructed cocoons with information, but it hasn’t taken a group of people who are largely apathetic and turned them into political activists.”

Long Beach resident James Suazo, a millennial who can be seen actively engaging in national and local political and social issues online, said that he would be a politically engaged citizen with or without the internet.

“What got me involved politically was seeing and hearing my mom get involved with voting, which she took very seriously,” the 27-year-old said. “She would come home on her lunch breaks when I was little and take me with her to the polls. She instilled a strong need for me to be politically involved no matter what so I think I would still be engaged with or without the internet.”

Longtime Long Beach resident and business owner Robert Fox started his political and social activism career well before the internet age. The 65-year-old said when he first moved to the city about 30 years ago, there were gay bashings all the time.

“We’d get out of gay bars at night at one o’clock and people would come down from the ghetto and just beat us up and kill us,” Fox said.

As a result, he and other community members in Alamitos Beach organized and would walk people home from bars on weekend nights.

Today, both men say they take advantage of social media platforms to further spread awareness of their causes and quickly organize and disseminate information.

For Fox, if he’s not online managing his Council of Neighborhood Organizations Facebook page, he’s organizing meetings and disseminating information to residents opposed to the city’s updated Land Use Element drafts, an issue that has caused much debate and anger both online and offline.

“I think for the Council of Neighborhood Organizations and for [Long Beach’s proposed Land Use Element] we could not have progressed as quickly, as rapidly, as powerfully as we have progressed without using Facebook and media itself,” Fox said. “I totally understand that and I’m grateful for that.”

Fox maintains, however, that it’s still important to use other methods to reach people.

“When you’re doing politics you have to do it from three different angles: you have to use media because that’s what everybody is using, you have to use yard signs because people are visual, and you have to have meetings where people can actually show up and feel like they’re personally listened to,” Fox said.

Suazo, who is co-chair of the Long Beach chapter of the Democratic Socialists of America, said he has been actively advocating for the working class through labor and environmental issues since moving to Long Beach six years ago. Social media has not only helped him reach mass groups of people in an instant, but it has also helped him reach and pressure decision-makers, especially if they do not make themselves accessible in person, he said.

Like Fox, Suazo also believes it is important to have face-to-face contact—especially if it is the only way to reach leaders.

Education, Wallsten said, is a major indicator of how politically active a person is, whether it’s actively voting or simple acts like discussing politics.

“As a function of the educational divide you get into things like race and ethnicity and they’re not as profound as you might imagine,” Wallsten said. “If you don’t work in a professional field—maybe you work in a more manual, traditional kind of field—you’re going to use the internet less, you’re going to develop those skills less. That’s the big divide. Education, income layered upon that, race and ethnicity, add profound divide between rural and urban areas with digital citizenship.”

In Long Beach, where 25 percent of residents lack broadband service and 10 percent use their smartphone to go online, it will require the work of elected leaders, school administrators, community organizations and more to work together to create a more digitally literate community that can fully benefit.