Bob Cabeza, vice president of YMCA’s community development, talks about his goal in getting affordable internet into the homes of poor people in Long Beach on Friday, August 4, 2017. Many low-income children fall behind in school because they don’t have internet access access at home. Students take advantage of computers and internet access at the YMCA Youth Institute to learn computer skills. (Photo by Scott Varley, Press-Telegram/SCNG)

Some say access to internet is so crucial, it is a human right

The way Bob Cabeza sees it, connecting to the World Wide Web is more than a convenience, it is an absolute necessity.

And those who can’t connect are at a severe disadvantage in today’s digital-dominated world.

“I really believe broadband access is a civil rights issue,” said Cabeza, vice president of community development for the YMCA of Greater Long Beach, in a recent interview.

“If families don’t have low-cost internet we’re going to keep them poor,” he said. “It’s that simple.”

The notion of access being a right has gained traction around the nation and world in recent years.

The Harsh Realities of Living in Long Beach—Without the Internet

With no internet at home, some Long Beach kids must do their homework on the road

Freedom to connect: Should access to the internet be a human right? (Infographic)

The idea received a strong endorsement in July 2016, when the That sentiment was expressed in a revised Article 19 of the Universal Declaration of Human Rights.

The article states: “Everyone has the right to freedom of opinion and expression; this right includes freedom to hold opinions without interference and to seek, receive and impart information and ideas through any media and regardless of frontiers.”

The UN was reacting to a surge in government shutdowns of the internet across the globe in recent years.

“In other countries, we’ve seen authoritarian regimes use their ability to turn off the internet as a way to stop rivals or critics,” said Phillip Berenbroick, senior policy counsel for the Washington, D.C., advocacy group Public Knowledge.

In the U.S., talk of internet as right is less about shutdowns than about access being affordable, and therefore available, to all.

Fortunately, Berenbroick said, people haven’t had to worry that U.S. officials would turn it off. 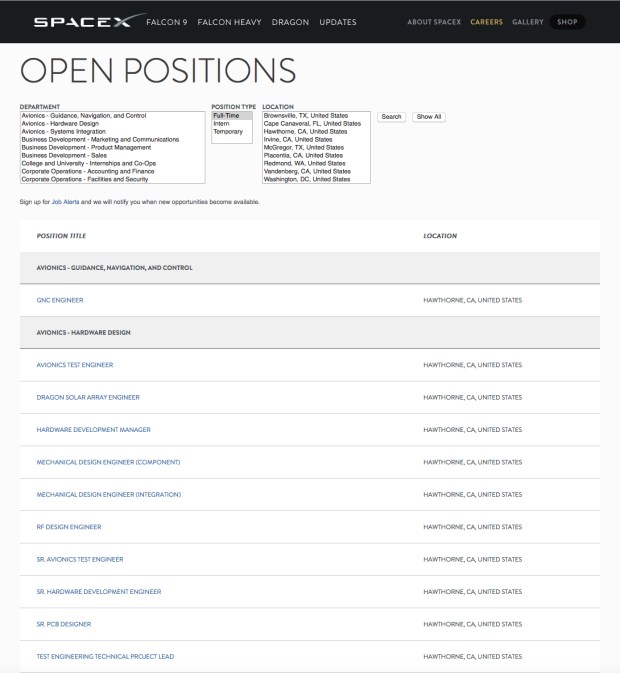 Looking for work? Chances are your prospective employer will post the job online and require you to apply via the website. (Web screengrab/staff photo)

“But what we do have is broad swaths of the country that still don’t have basic access to the internet,” he said. “And there are huge implications for economic opportunity in those areas.”

That’s certainly the case in Long Beach, where 16 percent of households aren’t connected, according to the U.S. Census Bureau. And another 10 percent are connected only because someone in the family has a smartphone, meaning one in four residents lacks a robust link to the 21st-century economy.

Long Beach’s digital divide largely reflects income. Those who don’t have a connection are disproportionately the poor, people of color, senior citizens, those who did not graduate from high school and those who are out of work.

A right in one sense

Policy and legal experts agree government entities have no right to restrict one’s access except in very limited circumstances.

Adrian Moore, vice president of policy for Reason Foundation, a Los Angeles-based free market think tank, said no one should block a person from turning on a computer and connecting to the internet. 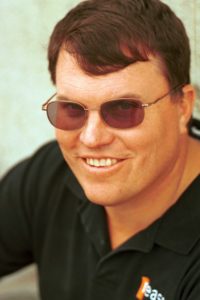 “If you mean a right that no one can prevent you from having, then, sure, it’s a right,” Moore said.

“Other than being in prison, there is no legitimate reason why the government should deny you access or forbid you from accessing the internet. In that respect, it’s a right.”

However, if one’s definition is entitlement to a free or subsidized connection, that’s different, Moore said.

But, he said, “The notion that we need to pay for everybody’s internet access is ludicrous.”

‘The answer is no’

There is no entitlement to free access – “No more than you are entitled to get books for free,” Volokh said. 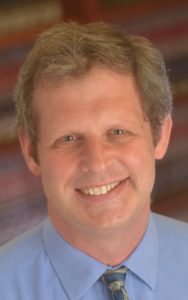 “That’s like asking, ‘Is reading the L.A. Times a right?’ Yeah. But the government doesn’t have to pay for your subscription,” he said.

Volokh said there are “very few” rights the government is obligated to pay for.

Among the few are a K-12 education and the right of a person charged with a crime to be represented by a government-funded lawyer, he said.

“Most of the time lawyers deal with what I call liberty rights. These are legal powers to get somebody to stop doing something to you,” Bell said. “If there is a right to internet access, it is a welfare right.”

“The courts have not enunciated this as a basic legal right,” Ravel said. “And as far as I know legislatures have not so indicated either.”

The U.S. Supreme Court has been slow to weigh in on internet access, according to reports, although in June the court did strike down a North Carolina law barring convicted sex offenders from Facebook and other social media. 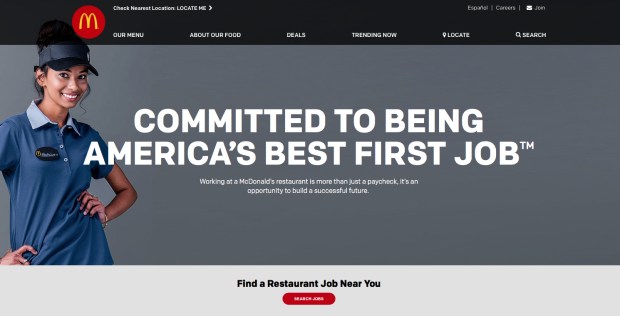 On McDonald’s online job-application site, there is even a test that assesses how well you’ll respond to a busy day on the job. (Web screenshot/staff photo)

But Ravel said an argument could be made that, because of the inequalities access and lack of access create, an internet connection for all is as important as an education for all. At some point, lawmakers and judges may well recognize access as something everyone is entitled to, she said.

“This is a little different than a newspaper subscription because it has so much impact on opportunity for people,” she said. “It is so fundamental to the ability of all to reach that American dream.” Applying to go to college? Chances are you’ll be doing it online. (Web screenshort/staff photo)

Experts rattle off a growing list of activities for which access is important, if not indispensable: filling out job applications, applying for government benefits, enrolling in college classes, doing grade-school homework, retrieving medical information, buying airline tickets and more.

Tamara Straus, a spokeswoman for the California Emerging Technology Fund, which has offices in Los Angeles and San Francisco and is working to bring broadband within reach of low-income families, compared the internet to electricity.

Straus talked of a time when people considered electrical power a nice thing to have, but not a necessity. That was during the early part of the 20th Century. 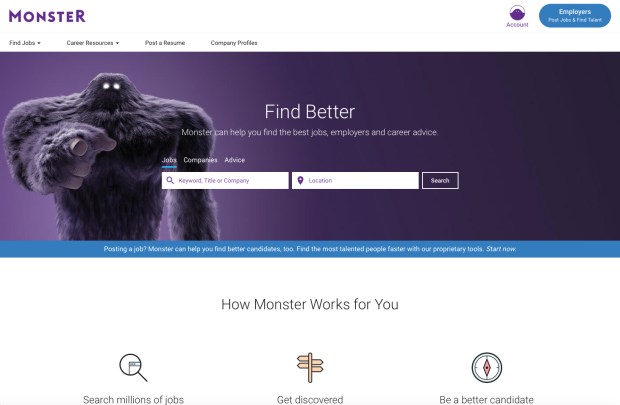 Then the Great Depression hit, she said, and a pervasive lack of power in the nation’s impoverished rural areas multiplied the devastating economic impact on those areas.

“Imagine no lights, no electricity in your house,” she said. “I think in 2017 not having internet is like not having electricity. We do everything online now.”